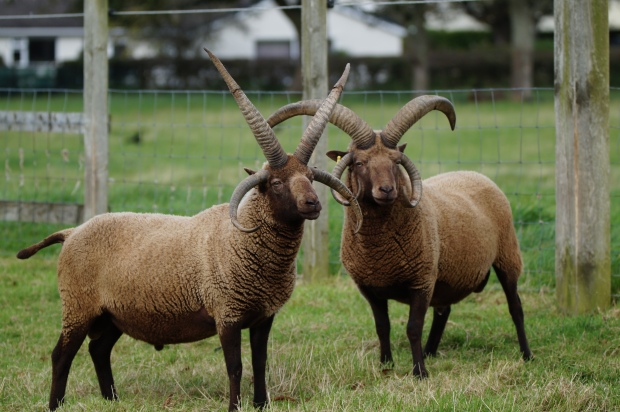 Hello everyone! So while we were getting over Shetland Wool Week Oliver and his wife Catherine headed off to the Isle of Man to attend the Native Sheep and Wool Conference which was held there from the 12th-15th of October. The aim of the conference is to promote the fleece of the Native Viking breeds, and the event features a series of lectures, farm visits, croft workshops and fairs. Oliver was there to give a talk about Shetland Sheep, its wool and their uses (something he knows a little bit about..!) – this year was celebrating the Isle of Man Loghtan Sheep of course! 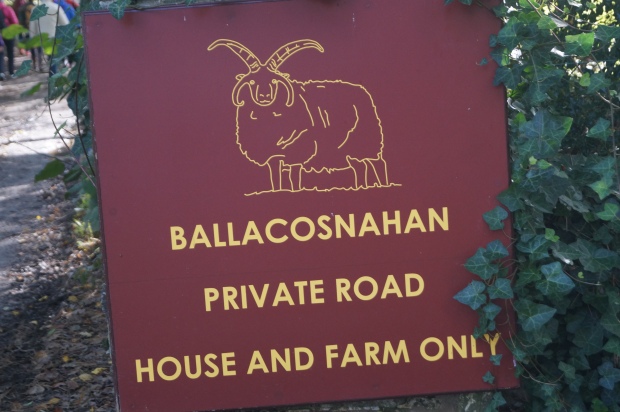 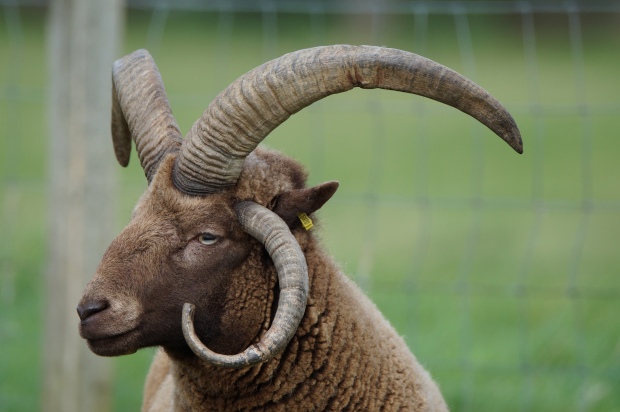 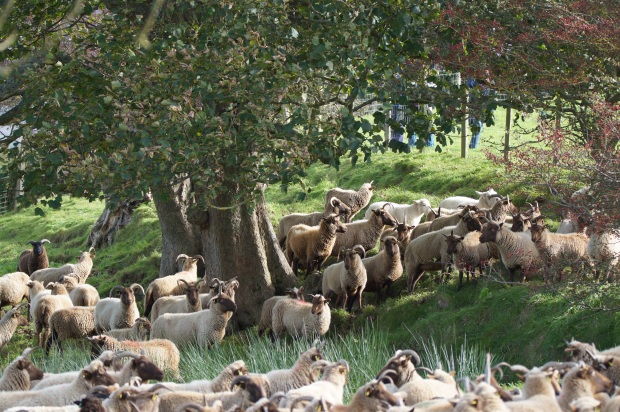 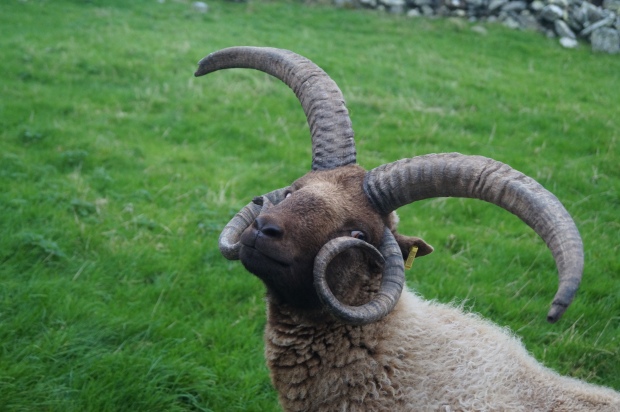 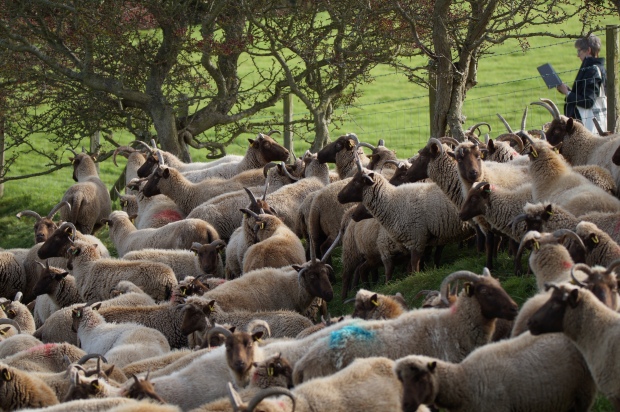 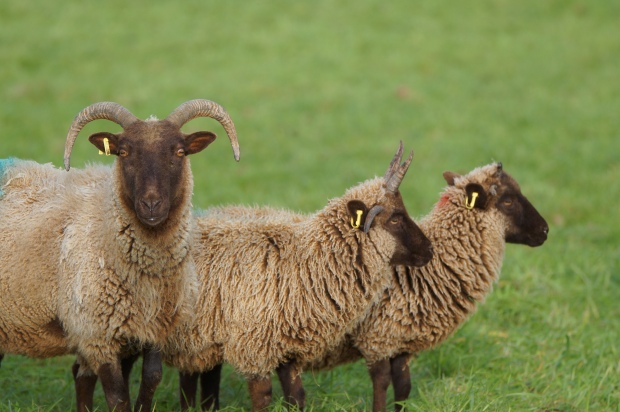 Loghtan Sheep share some of the characteristics of Shetland Sheep – which you can certainly see from the pictures! Both are thought to be of Scandinaivian origin, perhaps brought over by Vikings who settled in Shetland and also the Isle of Man. The Loghtan Sheep are mostly the same colour – the call it ‘Mouse Brown’ and it is very similar to our Moorit shade.  The ewes are mostly two horned and rams four horned, four horned sheep used to be quite common in Shetland up until about 60 years ago although they were mostly white. 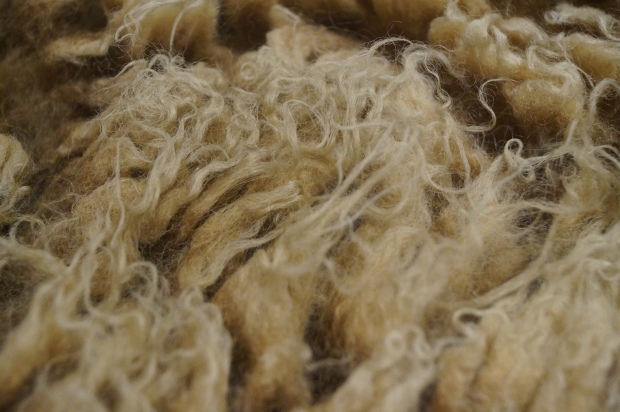 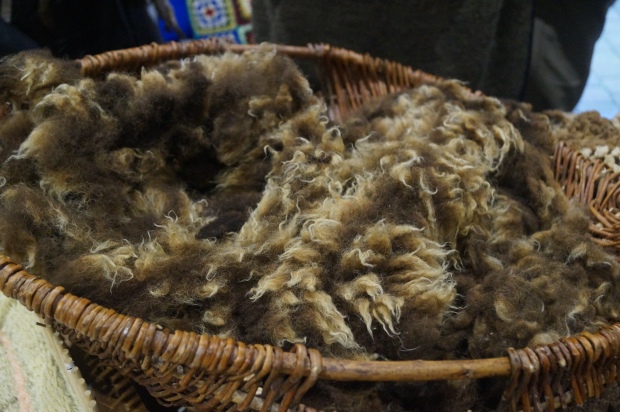 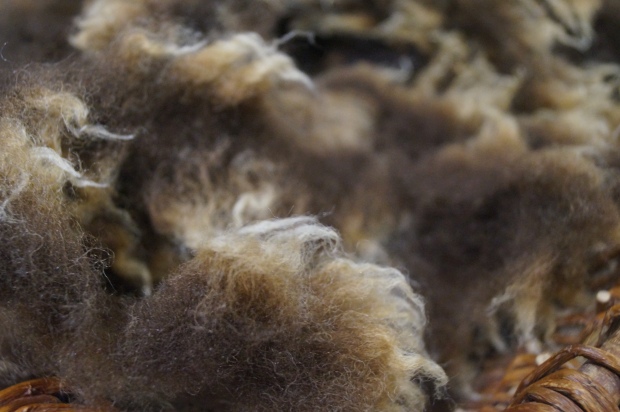 You can see from these pictures of a Loghton fleece it is similar to Moorit, in colour it is a bit lighter and the staple is mostly quite short and blunt however throughout the fleece one can find guard hair staple similar to ours. 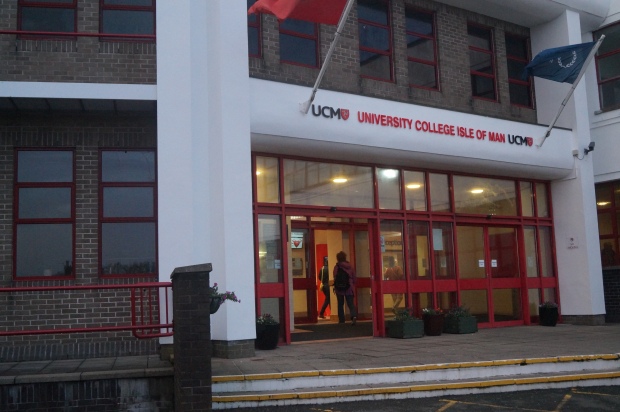 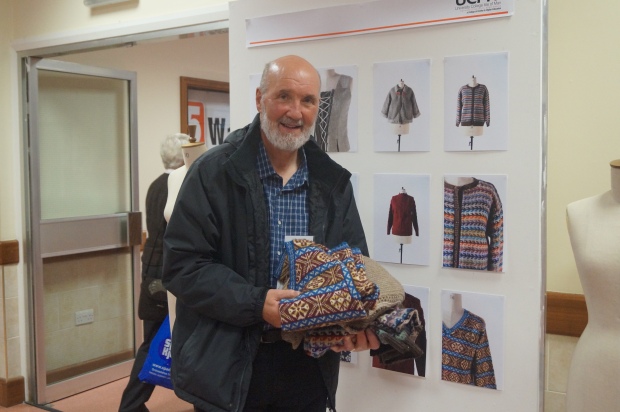 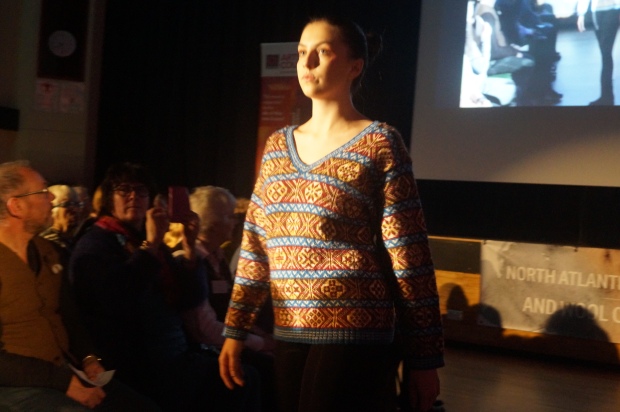 There was also a fashion show which took place at the University College of Isle of Man, it included student work and delegates designs, you can see our Fair Isle V-Neck Jumper in the picture above. J&S had 3 designs included and all were very well received! 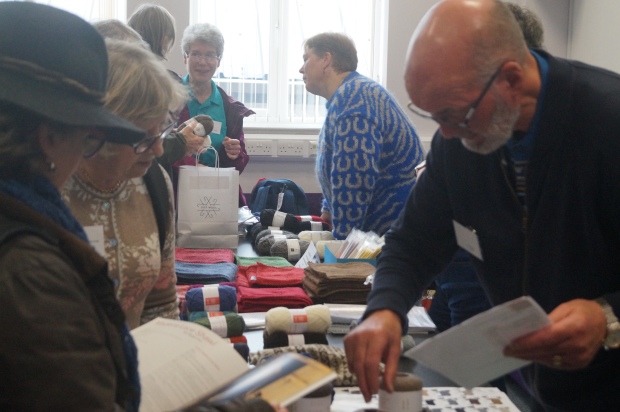 Heres Oliver at the delegates Craft Fair which was a chance for each area to show and discuss their regions products. 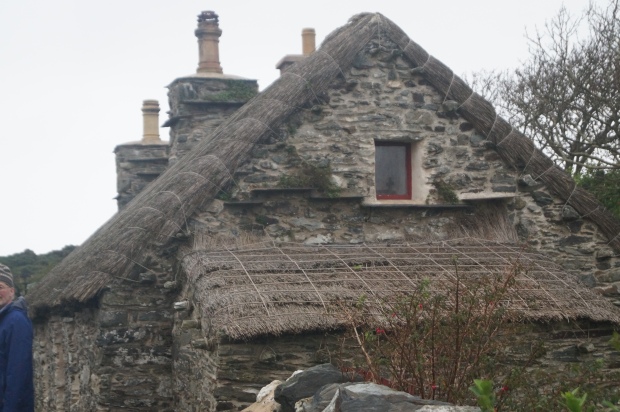 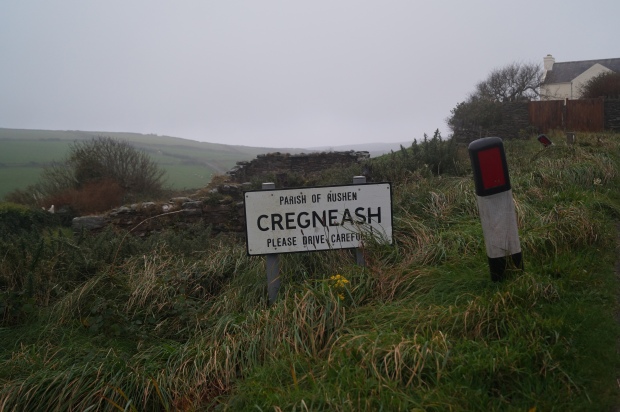 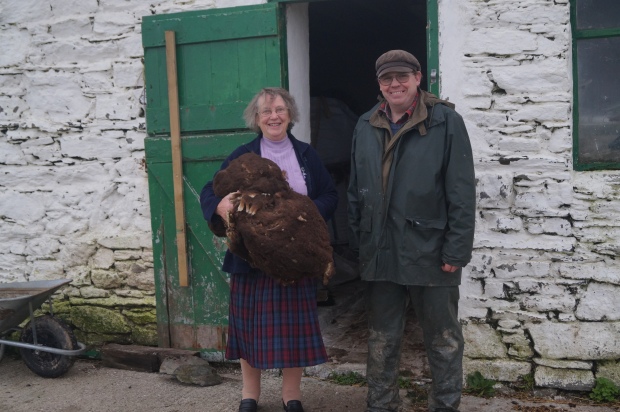 Elizabeth from the Guild who presented Oliver with a lovely Loghton fleece and farmer Peter at Church Farm Cregneash, a small Manx Crofting community which was beautifully preserved. 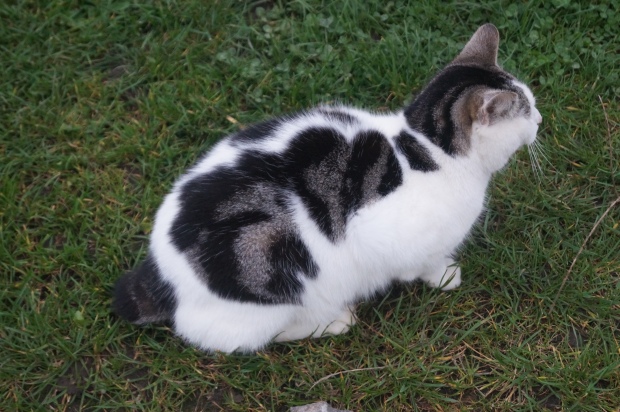 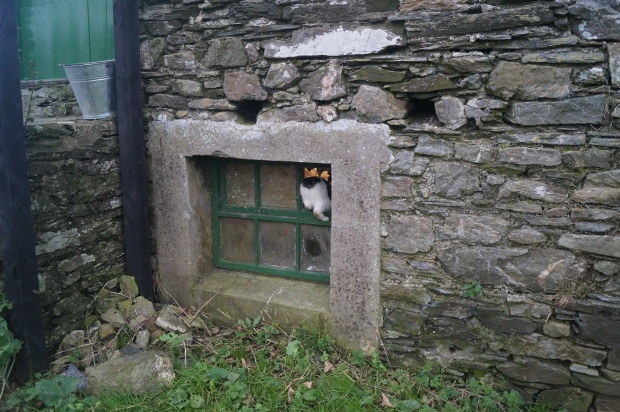 There they saw a Manx Cat, famous for there lack of tails which is a genetic mutation within the breed. 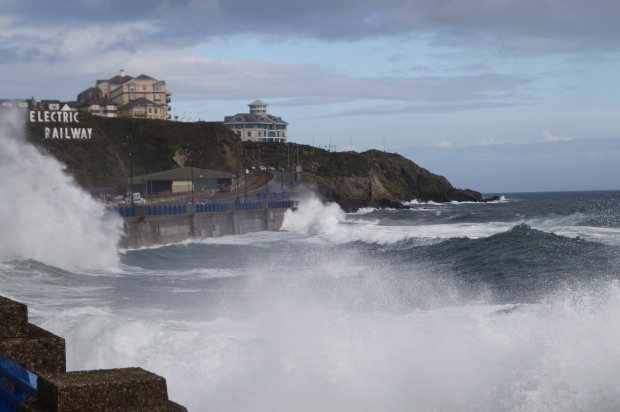 Oliver and Catherine did get a bit caught out and delayed with Storm Opheilia but they have made it back safe and sound to Shetland. It was an excellent event held in beautiful surrounding and Oliver enjoyed meeting and sharing ideas with delegates from around the northern hemisphere and it was an ideal location and audience to share our products.

Oliver would like to thank the organisers and people of the Isle of Man for their Kindness and warm hospitality, it was much appreciated!

My Life with Shetland Wool

A journey in through time in Shetland wool

a thoughtful take on fashion and music